Welcome to the official website of  Terry Webster and his AMAZING

WITH A CAREER SPANNING OVER 60 YEARS TERRY HAS APPEARED IN THE SAME SHOWS AS LITTLE RICHARD, SAM COOKE,  DEL SHANNON, GENE VINCENT, THE SHADOWS, THE STONES, BEATLES, EMILE FORD AND THE CHECKMATES, TOM JONES AND  AS THE  ROCKIN BERRIES FRONTMAN PERFORMED ALONGSIDE MANY LEGENDARY NAMES OF THE 60’s WITH APPEARANCES AT TOP VENUES SUCH AS THE LONDON PALLADIUM, ROYAL FESTIVAL HALL AND THE ROYAL ALBERT HALL.

FOR MY STORY IN BRIEF  click here>  Poster promotion BIOG 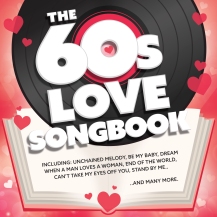 Everybody’s favourite Love songs such as Unchained Melody, It’s Only Make Believe, Smoke Gets in Your Eyes,   You’ll Never Walk Alone, Crying, In Dreams, All I Have To Do Is Dream and many more. 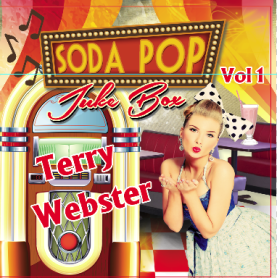 His music and live shows express his undying love for the music of those golden decades of pop. This website provides all there is to know about this amazing performer, looking back through his showbiz history from early 60’s package shows with his sister PATTI BROOK to bass man with JET HARRIS’S  JETBLACKS .Terry duetted with Jet on his 1962 hit “SOME PEOPLE” . and was briefly EMI recording artiste re named TONY BROOK 1964.  In 1967 was a resident singer on BBC Radio’s ‘Pop North’ with Bernard Herman and the Northern Dance Ochestra.  From Singer songwriter and musician to becoming a top TV and Cabaret comedy impressionist noteably with The ROCKIN BERRIES and TV.s  WHO DO YOU DO SERIES. Anonymous for his Vocals and one man productions for the JIVE BUNNY albums now re-branded as Classic Cuts  LIP SINGERS. Terry’s productions are now featured on his own WEBSTARS ALLSTARS albums.

Thanks to Niels de Wit of Holland for this pic

JET AND THE JETBLACKS from the film “Just For Fun”

THE BEATLES RELEASED “LOVE ME DO” THE SAME WEEK AS JOINING THE LITTLE RICHARD TOUR FOR ONE NIGHT ONLY AT LIVERPOOL EMPIRE. JET HARRIS WAS MIFFED THAT THEY GOT BIGGER BILLING. WE HAD NEVER HEARD OF THE BEATLES AT THAT TIME.  IN OUR SET THEY STOOD STAGE LEFT SNIGGERING AT JET WHO HAD SPENT TOO MUCH TIME AT THE PUB BEFORE THE SHOW. 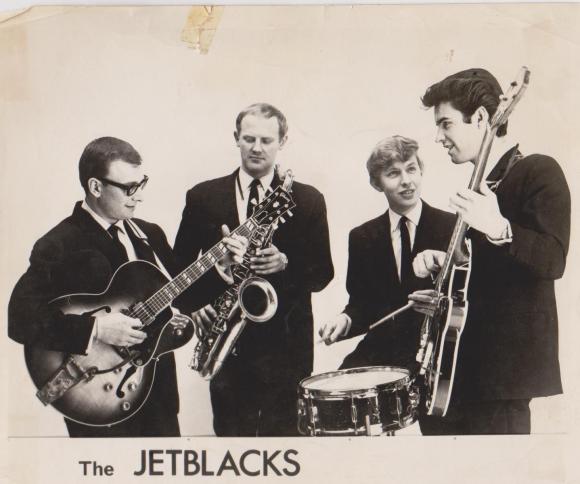 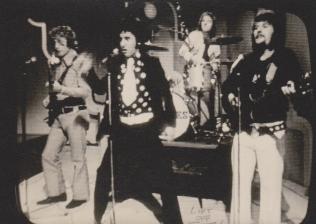 His music and live shows express his undying love for the music of those golden decades of pop. This website provides all there is to know about this amazing performer, looking back through his showbiz history from early 60’s package shows with his sister PATTI BROOK to bass man with JET HARRIS’S  JETBLACKS .Terry duetted with Jet on his 1962 hit “SOME PEOPLE” . and was briefly EMI recording artiste re named TONY BROOK 1964.  In 1967 was a resident singer on BBC Radio’s ‘Pop North’ with Bernard Herman and the Northern Dance Ochestra.  From Singer songwriter and musician to becoming a top TV and Cabaret comedy impressionist noteably with The ROCKIN BERRIES and TV.s  WHO DO YOU DO SERIES. Terry and his band Dictionary performed spoof soundalikes on BBC Radio ! “It’s Rock n Roll” Christmas special presented by Stuart Coleman.

Anonymous for his Vocals and one man productions for the JIVE BUNNY albums. His Rock N Roll tracks in particular have made their way onto Classic Cuts albums, anonymous again as the LIP SINGERS.

MY 1964 “MEANIE GENIE” R n B RECORD HAS BEEN RELEASED ON A COMPILATION CD.  I WAS RE NAMED TONY BROOK BY EMI PRODUCER NORMAN NEWELL 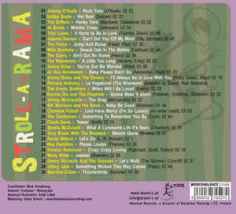 Daily Mail Letters  Published after the death of Little Richard my tribute letter.

So sad at the passing of my Brother In Law Graham Warner my sister Patti’s husband.   Jazz loving saxophonist Graham became a very successful Mecca bandleader for many years. His band was hugely popular not only because of the superb musicians and singers including my sister Patti, but also Graham’s injection of humour and fun into the band.  Later through the late 1970’s and 80’s he went on to be top manager of some of the biggest Cabaret venues in the Greater Manchester area booking many big stars of that era. RIP Graham!

GRAHAM WITH TOMMY ” Got any chips left Graham?”

WATCH OUT FOR OUR SHOW!   “FOREVERLY”  GOIN’ GREAT!

Looking BACK to The Barnsley Lamproom Theatre Saturday 18th January 2020 with my son Terry as Phil and me Don  The 2nd half of the night features my comedy.

Probably my best night ever since doing the London Palladium in 1973. This time in my own right. Only a little theatre but great atmosphere. Dream audience.and a sell out.

THE WEBSTARS Pay tribute to Phil and Don Everly

I have managed to avoid the ‘Tribute’ scene over many years as I do ’em all, but being able to team up with my son Terry and do those beloved Everly songs suits me to a  T . So Bring it On!

My task is  taking my favourites and re recording them for my own WEBSTARS ALLSTARS Albums for which I get royalties from i tunes Apple.etc thanks to CD Baby.com

I have added strings and the odd guitar to some tracks. 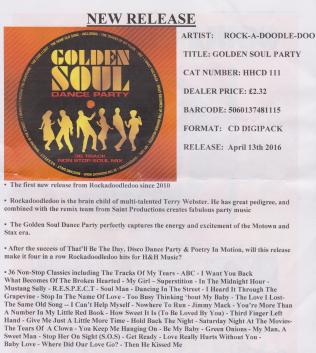 Soda Pop Juke Box features many of the same tracks as Terry’s  That’ll Be The Day & Poetry In Motion Albums which are licensed by H&H Music http://www.cdbaby.com/cd/webstarsallstars1 The Sounds of Motown and Phil Spector’s  Wall Of Sound  girl groups,  Carole King compositions and more…………AN ALBUM OF 23 TRACKS ARRANGED PERFORMED AND PRODUCED BY TERRY AND VICTORIA.

THESE ALBUMS ARE ENTIRELY TERRY’S VOCALS AND MUSIC NOTE FOR NOTE OF XMAS POPS THAT HE ARRANGED HIMSELF IN THE PHIL SPECTOR WALL OF SOUND STYLE.  Would have been nice to have some little mention.  Many of Terry’s tracks are featured on Re branded Jive Bunny albums  THE LIP SINGERS

A generous review by Jason Birchmier gives credit to Jive Bunny unaware it is a one man album by Terry:

“Spectacular Christmas features Jive Bunny and the Mastermixers blazing through a whopping total of 32 holiday songs, several of them well-known. Some of the more popular songs here include “Blue Christmas,” “Silent Night,” “The Christmas Song,” “Jingle Bells,” “Deck the Halls,” and many more. But there are also a lot of fun inclusions here like “Ding Dong Merrily” and “Another Rock ‘N’ Roll Christmas” that are a bit more obscure. Nonetheless, Jive Bunny and the Mastermixers manage to liven up nearly every song on this album, making it a fun album to play at your next holiday party. This is lighthearted Christmas music performed in an invigorating style with few moments to catch your breath.

Other albums such as ‘Ultimate Christmas Dance Party’ was mainly Terry‘s Vocals and Music from Slade, Phil Spector girl groups, Righteous Bros, Brenda Lee, Beach Boys, Wizzard, Elvis, Mud. Terry created VOCAL AND MUSICAL traditional ARRANGEMENTS  ” DO WOP XMAS” Medley, “JINGLE BELLS”, “DING DONG MERRILY”, “DECK THE HALLS”.  His productions from his home studio and numerous vocal contributions at the Rotherham studios were featured on many JIVE BUNNY albums through the 90’s, Terry’s vocal and music imitation and home Studio music production of Brenda Lee’s ROCKIN AROUND THE XMAS TREE was included in WILL SMITH & GENE HACKMAN’S  ‘ENEMY OF THE STATE’ movie and credited to Jive Bunny & The Mastermixers. Terry only found out after a tip off by a Music Factory employee.

“Fanny and Elvis” A Jennifer Saunders film.  I received a name credit to Terry Webster unlike the Jive Bunny albums.  Performed by me but performance credited to Jive Bunny. The songwriting business is full of casualties unable to get what they signed for. It’s a cruel game.

A boast by Jive Bunny on the Internet of an album made up mainly of my contributions but without any credit to me for my “DO WOP CHRISTMAS” and other arrangements of Carols.Ding Dong Merrily , Jingle Bells Silent Night  Deck The Halls plus covers of Cliff,  Beach Boys, Mathis, Elvis, Slade, Wizzard, Phil Spector Christmas classics  etc…..>

Quote:“Jive Bunny‘s Ultimate Christmas Party has been the best selling mid-price album in the UK for over the last 10 years with sales exceeding 300,000 units,” …

Rather than search for a girl singer and backing girls Terry found that speeding up his own voice on reel to reel tape machine gave miraculous results where he could sound exactly like Brenda Lee and female backing singers leading to other covers of American Girl Groups.   To find out more about Terry, follow the ‘ABOUT’ link…. Terry’s album of 50’s and 60’s Rock & Roll classics ‘SODA  POP JUKE BOX‘ &  ‘IT’S MY PARTY 60’S GIRLS’ that demonstrates the speedy up voice thing, is now available on CD BABY.COM   itunes, Spotify etc , Tracks can be Licenced for Albums, Advertising, TV and Film.    He has a friendly expert and professional team in Mastermixer Mark Smith of Saint Productions and Tim Thomas Music providing excellent digital mastering.

Graham Harrison Leeds ‘buddy holly lives’. Hi Terry, I have just been looking at your web site, I have just obtained a copy of your Soda Pop Juke Box album,  If I didn’t know any better I would have thought that you had put your name on the original recordings,Being a Buddy Holly fan and collector I have heard lots of tribute singers both here and in the states and I have to say that you are the only one who can actually sound like him  and even the Crickets too.

Hi Terry I recently bought  your Soda Pop Juke Box  CD Play it in my car all the time.  attention to detail fantastic. I used to be in rock bands as a guitarist. Boy, do I admire your work. I now prefer your stuff to the originals! keep up the good work. >> mike bray

COUNTRY NUMBER ONE for 4 weeks !  ‘THIS PROMISE’
http://www.youtube.com/watch?v=35Wedk6LuEg 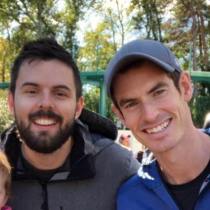 Ben Webster with his new mate Andy.  Andy must have heard of Ben’s amazing impression of him.  Shame it’s a voice impression and not as a player. Chance meet at Peppa Pig World. ( Getting some ‘oinkment’ for his injury no doubt.)

Cindy in action. Artwork by Cindy 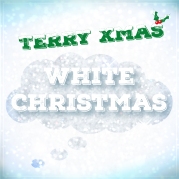 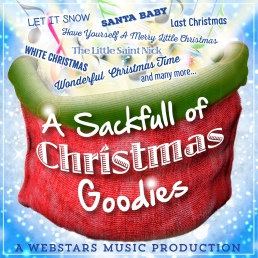