Throughout his career Terry has recorded and created countless original works and cover versions through his very own home studio. It is here that Terry is able to produce his own compositions and stunning remakes through both his singing talents and musical know how. Although being involved with Hit making artistes, getting a hit for himself eluded Terry. Renamed Tony Brook Terry failed to get a hit with EMI Columbia.

TERRY HAD TO ACCEPT BEING ANONYMOUS BY JIVE BUNNY/MUSIC FACTORY ROTHERHAM AFTER SUPPLYING THEM WITH 200 SOUNDALIKE PRODUCTIONS FROM HIS HOME STUDIO AND 2OO VOCAL SESSIONS AT THEIR STUDIOS ALSO TRADITIONAL ARRANGEMENTS FOR THEIR BEST SELLING CHRISTMAS ALBUMS, TERRY HAS RE- RECORDED MANY OF THESE TRACKS FOR HIS OWN ALBUMS TO PROVE HIS CONTRIBUTIONS 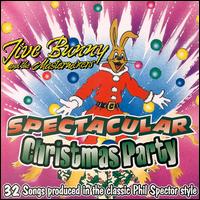 SPECTACULAR CHRISTMAS PARTY IN THE STYLE OF PHIL SPECTOR WAS SOLELY ARRANGED AND  PERFORMED AND PRODUCED BY TERRY BUT WOULD NOT SHOW HIS NAME.

Terry Webster as ‘Tom Katz’  ‘It’s The Fonz’  prompted by Mickey Most’s brother Dave Most who thought a Fonz record could be a hit. He turned down this idea as did the rest of the UK.

Terry’s 70’s song One In A Million Now included in his Simply The Greatest Soul album.

1974 The Rockin Berries records of the 70’s feature Terry’s Compositions although none were to be hits.

1974 Doing a Baron Knights or  4 Preps who originally did this type of send up medley format in the 50’s.  Did the Baron Knights get this send up format from American group the 4 Preps and their record “More Money For You And Me”  medley??  I think so.. but the Knights did a great job of those parodies. Terry also reproduces the backing tracks needed for his live show. Each song Terry performs is supported by his own instrumentals, backing vocals and effects in order to provide near perfect soundalike performances.

Terry was invited by producer Tim Woodcock to provide a vocal sample for Simon Webbe’s track ‘Sunshine’ on the Grace allbum .  Simon left the band Blue to record solo. In association with co producer and mix master Mark Smith of Saint Productions Sheffield  Terry has professional album products already on Licence to other companies and as Internet downloads. A new batch of albums are now released that should create a tremendous boost of interest in the months ahead while aiming at Internet sales, TV ads and Film placements. 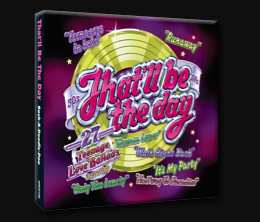 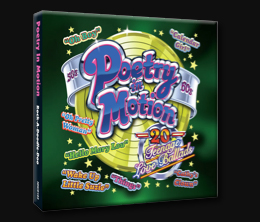 All vocals , instrumentation , arranging by Terry Webster.  Jive Bunny are free to leave out Terry’s name for cover versions. Jive Bunny  Music Factory should name Terry for DING DONG MERRILY  JINGLE BELLS and DECK THE HALLS. But have chosen not to. But

One thought on “In the Studio”

This site uses Akismet to reduce spam. Learn how your comment data is processed.